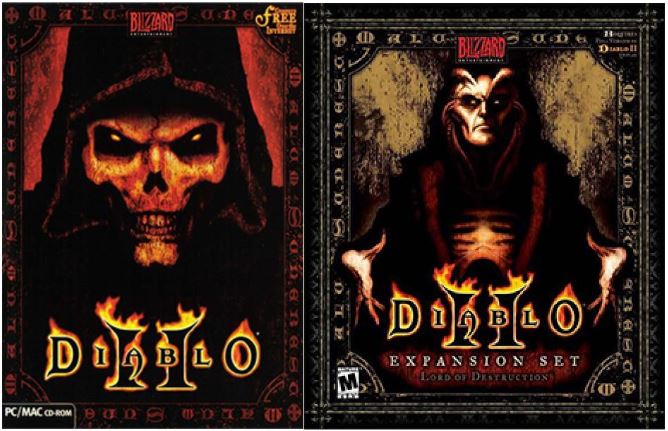 One of the fondest memories of my childhood is playing Diablo II and the expansion pack Lord of Destruction. I’m sure anybody who has played any MMO can relate and say they’ve made great friends through the game and you truly get lost in that wonderful world. I played this fantastic game starting from 5th grade all the way up to 10th grade and stopped after that, however, there are people still playing the game! The game consists of choosing a hero class and then leveling them up by killing monsters through five different “Acts” and ultimately defeating the 3 Prime Evils of Mephisto, Diablo, and Baal in Acts III, IV, and V, respectively. You get better items and skills as you progress up your levels (maximum is 99) and once you “finish” the game then you’re free to go back to any Acts and kill more monsters. It seems repetitive and I truly don’t understand why I did thousands of cow levels, Baal runs, and Magic Finding quests but I loved every minute of it. People might say that playing video games is a waste of time but I feel that if you enjoy the time you’re spending on anything then it’s not a waste of time FOR YOU. It might not be the most productive thing you could be doing but you have a limited amount of time on this earth so you might as well enjoy it! Of course this mind set changes tremendously when you grow up and have that horrible disease called responsibilities. The game also taught me many great lessons that I’ve applied to my everyday life and helped shape who I am today – I thought I would share my experience for shits and giggles.

Lesson #1 – If you want to be GREAT at something, you need to put in the TIME

I spent a considerable amount of time playing D2 which I will go into further detail in Lesson #5. Let’s just say that if I used that time to read the dictionary instead then I would be able to recite the entire English language either starting from A and going to Z or from Z and going to A. I SPENT A LOT OF TIME PLAYING DIABLO 2! With all the effort and time I put it, it definitely showed in my account, items, knowledge, and characters that I had. By the time I quit the game, I was quite wealthy in this virtual world. I was rich enough to get any item in the game and was giving away items that people would literally jump up and down IRL if they found it during Magic Finding. To compare it to real life, I wasn’t rich as a Warren Buffet or Bill Gates but more like an Elon Musk or Mark Cuban. However, I started playing the game like everyone else: a level 1 hero with the default items. I put in the time to become great by learning about the game, the mechanics, how to trade, how to barter, how to maximize Magic Finding, and the relationship between players. As the saying goes, “There is no shortcut to any place worth going”. If you want to be great at something, then put in the time and you’ll see the fruits of your labor. 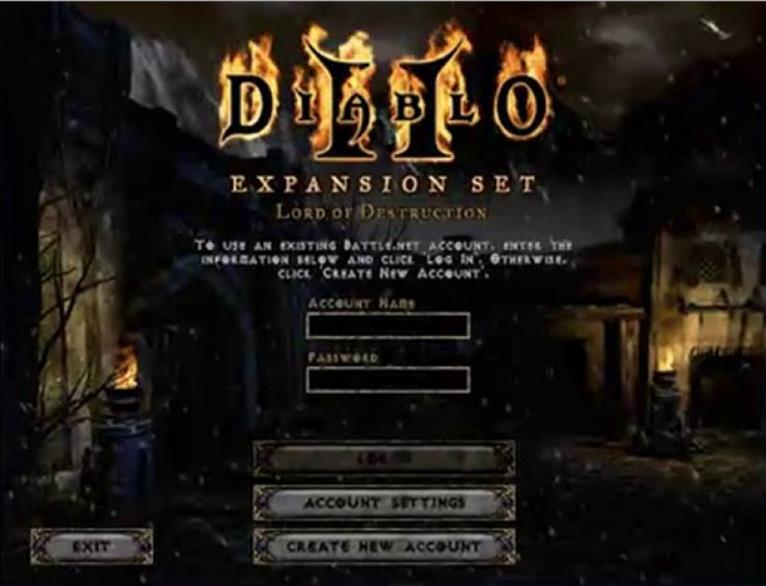 In this age of technology, this might be more important than ever. I learned the hard way not to entrust your password to anyone. This happened perhaps during 7th grade and I had multiple accounts however my main account was the one I entrusted to a friend. He wanted to see what my characters had and play on my account for a little bit. Being the nice guy that I was, I said sure go ahead since I had other accounts I could play on. I trusted him but the problem was that he then told my password to his other friend who I barely knew. Next thing I know, that dude changed the password on my account and would not give it back to me. It was extremely infuriating and it still boils my blood when I think of that interaction. If that guy is reading this and you know who you are, YOU’RE A PIECE OF SHIT! I wish that you never plug in any USB device the right way on your first try and always have to flip it AND that you always feel like sneezing but never get the satisfaction of being able to sneeze! Never give your password to anyone, I don’t care if it’s your mom or if you’re telling it to your cat! DON’T GIVE YOUR PASSWORD TO ANYONE!!

I first found out about people selling Diablo items on eBay shortly after I started playing and finding it was impossible to trade for an Ume’s Lament with my measly items and wanted to buy it from someone. Unfortunately, I didn’t know anything about buying something on eBay or even how bank accounts worked. Fast forward to freshmen year of high school and I was now quite rich in Diablo 2 and had a large surplus of items that people would actually PAY for. Logically, I researched how to sell items on eBay and had my dad/mom help me set up the account and I learned a lot about the financial world through this small endeavor. I also learned how to market my product and make an appealing website for potential buyers – the name of my store was Khangaldinho’s Arsenal haha… blame it on my youth for that goofy name 🙂 The first item I ever sold was a 160/60 armor that was very similar to the image below for $12!! That’s a lot of money IMO for a VIRTUAL item and to a 14 year old who has never made a dime. 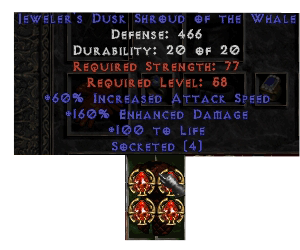 I sold over 100 items on eBay and made enough money to buy my own soccer cleats! I will never forget the feeling I got when I was able to buy those shoes with MY OWN MONEY! THAT I EARNED ALL BY MYSELF! They were golden Nike Mercurial Vapors and I still have those shoes to this day. I learned that there is always a way to make money with something, you just have to be creative about it or sell it in a way nobody has thought of before.

Lesson #4 – Plan and gather as much information as you can before proceeding with any endeavor. 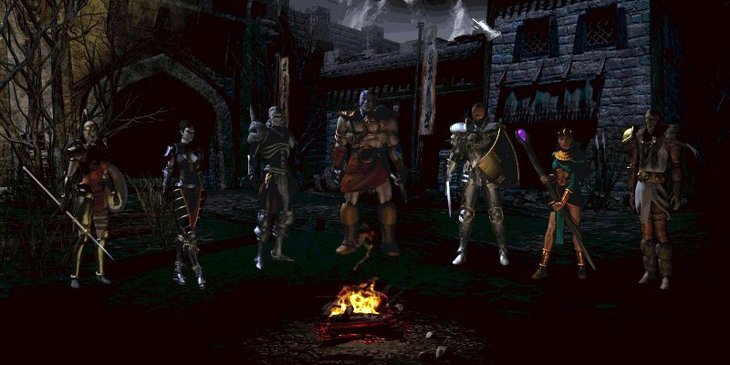 This is a lesson I learned from wanting to play different hero classes and didn’t want to trudge through finding/trading items as I leveled up. I was lucky to be in a position where I could fully furnish any character I wanted with just a few days of trading. For every new character I created, I did extensive research on what the best items, builds, skill sets, and attribute allocations were. I searched forums, talked to players in-game, and ultimately modified the build according to my own knowledge of the game. Therefore, as soon as my character was created and “rushed” I was able to hit the ground running and didn’t waste time learning how the character worked, I already had everything planned and figured out from the start. This lesson has transcended to my everyday life where I do extensive research and calculations before I begin any time consuming task or something that has any risk aspect.

As I mentioned, I spent a lot of time playing Diablo 2. For example, in the summer time I would wake up around 9 AM and start playing Diablo with bathroom and food breaks in between and play up until 2 AM and then wake up again at 9 AM to repeat the pattern for the next 3 months. I didn’t know what “addicted” meant as a kid because I was having so much fun playing and I had a lot of friends that played as well. I mean I went to soccer practice and tournaments and played with my friends outside like a normal kid but the majority of my time was definitely spent playing Diablo. It got so bad that my dad actually took out my Diablo 2 disk and SNAPPED IT IN HALF! I got a little addicted to other games as well like Star Craft and DotA but nothing was comparable to the time I spent playing D2. Be very careful of getting attached to video games and be cognizant of how much time you’re spending on these things – you can very, very easily get lost in the virtual realm. I would relate it to being at a casino, you sit down for a few games at the start of the night and next thing you know it’s 5 AM! This is the reason I never played Diablo III after being a die hard D2 fan – I knew I couldn’t handle it.

As silly as it sounds, Diablo 2 shaped me into the person I am today – for better or worse. Either way, I would never hesitate to take the Soul Stone and penetrate it into my head again!

Here is a photo of where I spent a lot of time in Tristram – in the COW LEVEL!! 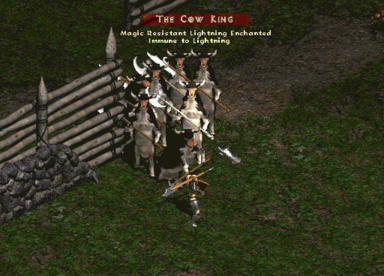 One thought on “5 Important Life Lessons I learned from Diablo II: Lord of Destruction”